Call us for free

If you’re working in sales and trying to build leads, it’s not a secret that the use of data scraping can be of huge benefit. Targeted prospecting is a technique used to pinpoint a demographic of prospective leads, in hopes of finding greater success within a precise niche of potential buyers. This contrasts heavily with traditional prospecting methods such as cold calling, which often are uneducated attempts to gather leads without taking a specific audience into account.

There are several methods to enhance this prospecting for the benefit of your team, all of which can hugely benefit from the technique known as data scraping.

Here’s a look at some ways to concentrate your prospecting for maximum sales benefit, as well as how all of this prospecting can be enhanced by the means of data scraping.

Get ready to learn how to build targeted prospecting campaigns using data scraping!

What Are Prospecting Campaigns?

They’re two different topics, but very closely related. They come together in a beautiful fashion, especially when used in a sales setting.

Prospecting, as far as sales go, can be defined as the action of lead generation in hopes of increasing the use of your company’s product or service.

Traditionally, prospecting is considered a bleak, dull, and broad endeavour, with a small chance of lead generation. When you concentrate this prospecting to target a precise demographic or niche of prospective leads, the sequence is known as targeted prospecting.

Now that this piece of the puzzle has fit in place, the other piece is quite simple.

Getting the Most from Targeted Prospecting

As discussed above, targeted prospecting is narrowing down lead-hunting to a specific demographic of prospective clients. This isn’t a very straightforward task, but there are certainly several ways to enhance it and make it a smoother process.

Think of it this way.

Would you want to exert time and effort with your team in a company that can barely afford to advertise on the radio?

Your best bet is to stay away from the small time operations and invest time and prospecting in the clients that are well-established, well-outfitted, and expansive. When there is more money on their end, there’s always potential for the most money to be made on your end.

A second strategy used to enhance targeted prospecting is by narrowing your focus on lead generation to companies that are likely to think positively of ways that you or your company have helped companies similar to them, in the past. For instance, concentrate your prospecting efforts on a niche that you and your company are familiar with; you’ll instantly grab a prospective lead’s attention and certainly quell any sense of disinterest that may come with classic sales pitches.

With these two strategies being taken into account, let’s take a look at what we can get from the technique known as data scraping, and how this technique can further enhance the strategies associated with successful and efficient targeted prospecting.

What Data Scraping Is and How It Ties In

While most data scraping processes involve heavy coding and computer data knowledge, many forms of data scraping don’t involve anything like this. The simplest and easiest to use forms of data scraping can be easily executed through the means of applications such as google spreadsheets. A poor man’s Microsoft excel, spreadsheet functions by inputting data into rows or columns, with the designation of this data often pinpointed by user defined equations or functions.

Although this is a minimalist version of data scraping, it can be used to ascertain large amounts of data from formerly hidden or unorganized information. It’s quite clear, now, how data scraping can be hugely beneficial to individuals looking to focus their targeted prospecting efforts on leads generated from a targeted niche or audience.

This scraping can be manipulated in such a way that very specific types of information become readily available to you or your team. If this information fits the requirements of the targeted audience, it can be a large and ready form of prospecting. Here’s a look at the whole equation.

Let’s take a glance at this equation, in word form.

A targeted prospecting campaign can be a large success if executed properly.

If this campaign is supplemented by the means of data scraping, it can be an even larger success and save you and your company time.

Prospecting is traditionally a process that isn’t the cause of much excitement, in the world of sales. Often a tool for lead generation, prospecting can be a dull endeavor.

Targeted prospecting, however, is often a more successful means of prospecting because of two strategies: targeting prospects that spend money and forging relationships with prospective clients who could benefit from you or your company’s services based on your company’s successful history with clients similar to theirs.

Regardless of the form it’s in, the data that’s scraped through this technique can hugely benefit a sales team, especially a team that’s rolling out a targeted prospecting campaign. It can save large amounts of time that would traditionally be used up by team members searching for matching or coordinating sets of data that could prove to be advantageous to a company’s targeted prospecting. If the data scraping is done in a manner that derives data beneficial to the niche that’s being focused on by the prospecting, it can hugely increase the amount of helpful data used to successfully roll out a targeted prospecting campaign.

A targeted prospecting campaign is built from the ground up.

The foundation of the campaign is data scraping.

If the data scraping efficiently derives information, the foundation will surely last a very long time.

How to effortlessly monitor your competition with data scraping 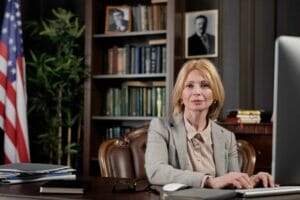 How to collect data legally from a website that requires a login? 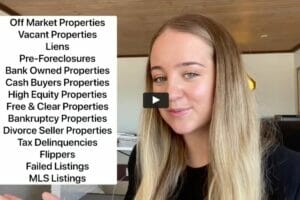 Please enter the details below. We will send you a quote within 2-4 hours or will be in touch if we have any questions.